Nigel Farage (Foto: Flickr CC © Gage Skidmore)
Copied to clipboard
On Monday night, the Bureau of the European Parliament ruled that the Eurosceptic party the Alliance for Direct Democracy in Europe (ADDE) and its foundation, the Institute for Direct Democracy in Europe (IDDE), had misspent € 500,000 in EU funding. The European Parliament has demanded that ADDE and IDDE pay back € 170,000 already paid out to the two groups as well as withholding € 328,000 in additional funding that was due to be paid out to cover expenses claimed by the two groups.

UKIP is the dominant force in the ADDE, but Belgium’s Parti Populaire is also a member. Last week, Apache reported on the abuse of European spending rules by IDDE and ADDE in the United Kingdom, Belgium and the Netherlands. According to the European Parliament, UKIP used European money to finance national campaigning, including, among others, Nigel Farage’s ultimately unsuccessful attempt to get himself elected as a member of parliament. But according to the European Parliament, there is also a Belgian angle to the whole affair: the Parti Populaire (PP) funded its party congress and paid for various ads on the Facebook pages of the party and its president Modrikamen with European money. According to some analysts, the ruling by the Bureau could bankrupt the Eurosceptic party, and ADDE and IDDE have said they will bring the case to the European Court of Justice.

The list of donors of IDDE consists of seemingly unconnected corporations, people with financial ties to the party and some extreme-rightwing activist

But how does the financing of European parties and foundations actually work? ADDE and IDDE received about €2.2 million in European subsidies in 2015. The European Parliament provides 85% of the funds, while the remaining 15% has to be self-funded, usually by donations, the largest of which generally come from interest groups. Apache has seen a document that lists IDDE’s funders for 2015, and it is extremely revealing: as a foundation, IDDE’s role is mainly to support research and organise conferences for its political ‘family’ but you’d be hard pressed to find any evidence of this role from the list of donors, which consists of seemingly unconnected corporations, people with financial ties to the party and some extreme-rightwing activists.

Perfume and hostesses from the Benelux

The IDDE has only one financer from Belgium: Divi Cosmetics, a business that sells cosmetics and is based in Izegem. In 2015, it donated €12,000 to IDDE, despite, in that same financial year 2015/2016, making a net profit of just €98. Why a cosmetics company would fund the activities of a Eurosceptic political foundation is unknown, but it is possible to discover that Manuel Dierickx Visschers, the brother of one of the company’s owners, also made a donation to New Direction in 2012. New Direction is the foundation behind ACRE, the European party of the British Conservatives, Erdogan’s AKP and the Polish Law and Justice party. Annabel Dierickx-Visschers confirmed to us that the donation was made by her brother. Manuel Dierickx-Visschers was not available for comment.

IDDE received more support from the Netherlands, but again the political interest of the donors is also hard to fathom. The biggest donor is Jalte Holding BV, the holding behind Overal bv, a company that offers advice on organising events and parties. Jalte Holding bv donated €10,000 and its director, J.F.J. Altenburg, donated another €5,000. Interestingly, Jalte Holding also appears on the list of donors to New Direction. In 2014 it donated €12,000 to the foundation. Jalte Holding was not available for comment before publication.

What does a cosmetics shop with an annual net profit of €98 stand to gain from funding a Eurosceptic group?

Web design company Buildnet webservices BV is also on the donors’ list. It donated €5,000, but again the motivation for doing so is unclear. The only link is that Jalte Holding and Buildnet are business partners. We also asked Buildnet for a reaction. All our phone calls were answered, but no one could give us more information about the donation.

Jalte Holding is not the only Dutch party organiser involved with the Eurosceptic foundation, however. Stacy’s Productions, a company from Amsterdam offering parties and product launches ‘with spectacular entertainment and attractive hostesses’, is also a donor to IDDE. The company donated €6,000 in 2015. We also asked Stacy’s Productions for a comment, but no one picked up the phone.

What’s the real interest of these companies? What does a cosmetics shop with an annual net profit of €98 stand to gain from funding a Eurosceptic group? Why is the Dutch ‘party industry’ so interested in IDDE? Because of pure Eurosceptic idealism? Or were they persuaded to contribute to the 15% of party funding that has to come from donations because of a promise of future contracts from the party? The fraud investigation by the European Parliament will probably provide more clarity.

Poland: the extreme-right and personal connections

IDDE also managed to convince four Polish donors to contribute to its 15%, and there are some interesting figures among them as well.

Filip Chojnacki donated €2,090 in 2015 and at first glance does not seem to be a high profile personality. However, the name Angelika Zapasnik also features in the 2015 accounts, and, coincidentally, Chojnacki’s partner has the same name. According to IDDE’s accounts, Zapasnik received €14,000 in European money from IDDE to organise a convention. Even today, it is still not clear what the convention was actually about. Chojnacki, when asked for a reaction, said “these are not the kind of things to talk about on the phone”. Zapasnik denies that she ever organised or participated in an IDDE convention.

The donation from Daniel Pawlowiec was bigger: €12,000. Around the same time as the donation was made, Pawlowiec got a job as parliamentary assistent for the Polish MEP Robert Iwaszkiewicz, a member of the conservative Korwin party. Neither Iwaszkiewicz nor his assitent Pawlowiec were available for a reaction. Despite the fact that Iwaszkiewicz has an unusually large number of assistants (6) and trainees (2), no one picked up the phone in his office.

But Korwin is not the only party involved in donating to IDDE. Ruch Narodowy, an extreme right-wing group which is considered by some as neo-fascist, also gave money to IDDE. Mateusz Marzoch, the assistant of RN’s leader Robert Winnicki, donated €8,000. Asked for a reaction, Marzoch first said he had never heard of IDDE. Only once he was confronted with the fact that he featured on the list of donors to IDDE did he remember making the donations ‘long ago’, after which he ended the conversation and promised to call back later. Marzoch did not call back.

Joe Jenkins, spokesperson for IDDE and ADDE, was not available for comment before publication. ADDE and IDDE will hold a press conference in Strasbourg on Thursday (24 November). 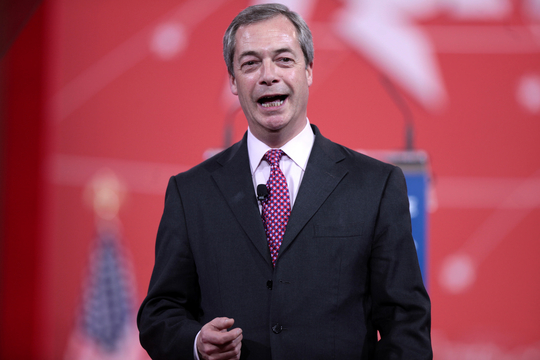